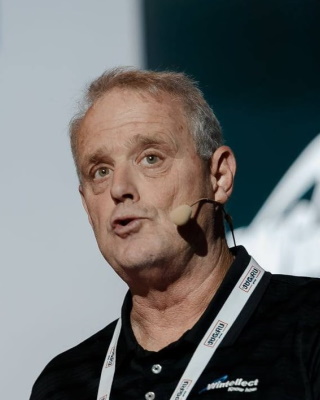 Jeff Prosise makes his living writing apps for Microsoft platforms and teaching others how to do the same. With expertise in HTML5, Windows, and Windows Phone, he travels the world enlightening audiences about tools and techniques for creating rich apps. A former engineer who discovered after college that there’s more to life than computing loads on mounting brackets, today Jeff’s passion is for mobile development and the Microsoft Web stack. He works closely with Microsoft product teams in Redmond, WA, to track the latest advances in these technologies. Jeff has written nine books and hundreds of magazine articles, in addition to prolifically blogging about his latest adventures, passions, and discoveries in programming.

In 2000, Jeff co-founded Wintellect to provide .NET consulting and education services to developers everywhere. He has taken his passion for software development to the masses by remaining actively involved with the developer community. He is a long-standing Microsoft MVP and one of the first 18 people worldwide to receive the Silverlight MVP designation. Jeff has presented at conferences and community events around the world, including Microsoft TechEd US and Europe, Microsoft PDC, DevWeek, Microsoft TechDays, and Microsoft DevDays.

In his off-time, Jeff enjoys spending time with his wife and three kids. He is also known to go out of his way to get wet in some of the world’s best dive spots and to spend way too much time building and flying R/C jets.